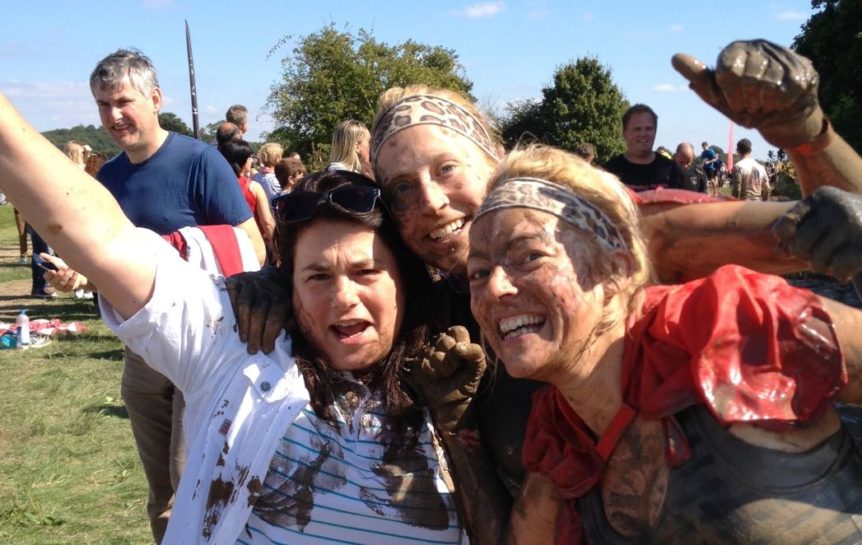 We are a pack of 17 women running the Winter Wolf Run on Sunday 3rd November to raise money for two causes: the mental health charity MIND and the Women in Power (WiP) Bursary Fund. Please read our full story and donate here: https://www.gofundme.com/f/wip-wolf-run

Today we hear from Karen who’s taking the leap from being an avid side-line supporter to doing the run herself this year.

‘This time, something clicked, and I realised … I can do this!’

We raise money annually for the WiP Bursary Fund but this year is different; we are running and fundraising in honour of our sister and friend, Jayne Blackman, who died by suicide in 2018. We want to double our fundraising so that we can give to both organisations.

Taking on the Winter Wolf Run is no small feat. Each woman running is doing so for her own personal reasons as well as for our collective goal. We range in age from 5 decades, from different walks of life and represent the power of communal action. 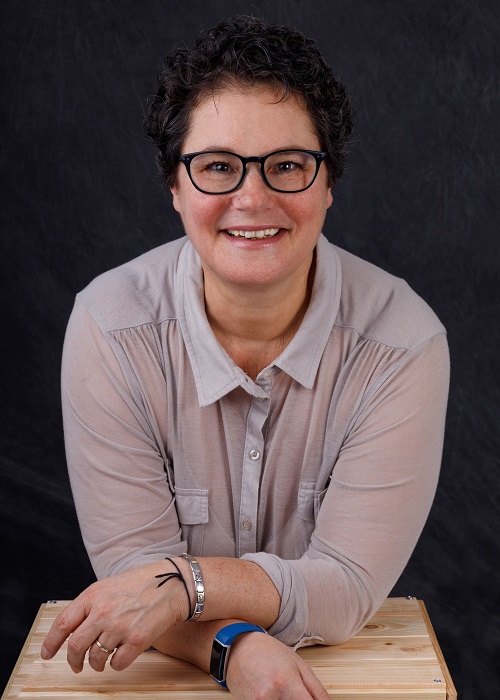 For some years I have been involved in raising and allocating bursary funds for Women in Power (WiP) in the UK. It is an experiential programme which benefitted me enormously 12 years ago, and I have since felt passionate about eliminating exclusion on the grounds of affordability for all women who are drawn to this experience.

Over the years I have staffed many of these “initiations,” guiding women into new ways, new patterns, new paradigms and I have seen many lives change for both the women and the people around them who see the ripple effect of change.

Groups or “packs” of women have been running the Wolf Run for several years now to raise money for bursaries…NOT ME! I have stood on the sidelines supporting the runners, helping to fundraise and allocate the funds raised. But to run? Me? Never!

Last year, as I was coming to the end of a year long process of treatment and surgery for breast cancer, my friend Jayne Blackman took her own life. For a year, other people had been referring to my own treatment as a “battle” against cancer. I had not seen it that way – for me it had been a case of researching and listening to evidence and opinions, making choices to follow the advice of my doctors or not, and then gritting my teeth during the worst of it.

Mostly, it was about an acceptance that I was not in control of my own mortality. It was a reminder to live my best life. For Jayne, however, it was a battle and a hugely brave one at that.  But ultimately, she did control her own mortality.

I rarely see discussion or honesty about mental health on social media.  In the UK, we also donate much more to treating the symptoms instead of raising awareness, improving services for those in need, and removing the unnecessary stigma attached to mental ill-health.

So, the time has come for me to stand up and RUN! To raise money for the mental health charity MIND as well as the WiP bursary fund. After we came up with the idea of a dual fundraiser during the week of Jayne’s death, I still had absolutely no intention of actually running. Aside from my breast cancer journey I am short, overweight and I have had ankle surgery after rupturing an Achilles tendon which has caused arthritis in my knee.

But last November I started the Couch to 5K app with a few friends in the local park. I had tried twice previously (when I was more fit) and failed, but this time, something clicked, and I realised… I can do this! My friends gradually dropped away and I carried on.

It’s been a bit stop-start and is truly a mental battle against self-doubt! Unlike some of the other runners, I can’t honestly say I am looking forward to the experience – I’m petrified of failing but I know exactly why I am putting myself through this.

Please donate here https://www.gofundme.com/f/wip-wolf-run and give what you can. For each donation, big or small, we thank you so much for helping us achieve our goal and giving back to organisations creating positive change in the world.

This site uses Akismet to reduce spam. Learn how your comment data is processed.

The EU GDPR is designed to help all of us have more control over our personal data, and how is it used.

Who does the GDPR apply to?

Data subjects, being all visitors and users of any website who are members of the European Union and who submit any personal data. Women in Power (UK) is the data processor and data controller of this site. You can find out more about this law here.

This Privacy Policy sets out how we use and protect information that you may provide when you use this website.  Your privacy is protected and important to us. If you provide identifiable personal information it will only be used to help us fulfil our responsibilities related to the services we provide.

Women in Power (UK) is the company or person who collects any personal data submitted through womeninpoweruk.com.

We may update this policy periodically, please check this page to ensure that you are in agreement with any changes.

Personal information, basically any data that can be used to identify or contact you is collected so we can communicate with you about your requirements. This could include your name, business name, address details, email, telephone numbers, or other information pertaining to the services we provide. You may also at times be asked to leave a message about your enquiry or project brief.  Websites also collect your IP address through the use of Cookies (find out more about cookies below).

If you opted-in to our mailing list, you may receive occasional emails on important updates or service information. You have the right to opt-out or and have any personal details removed at any time, please email [email protected]

What We Do With The Information We Collect

Information is saved until the enquiry is dealt with, and then archived with the project or on cloud based systems if you are an ongoing client.  We also retain your contact details and information in the emails you have sent, but you can request to have your personal details deleted at any time.

In our commitment to ensuring that your information is secure and to prevent unauthorised access or disclosure, we have suitable physical, electronic and managerial procedures in place to safeguard and secure the information we collect online.

You may choose to restrict the collection or use of your personal information in the following ways:

I use Google Analytics to find out what content works best for our users. User-level and event-level data associated with Google Analytics cookies is retained for 14 months and then automatically deleted. Website visitors who don’t want their data used by Analytics can install the Analytics opt-out browser add-on.

I have implemented IP Anonymization, simply put, the last three digits of your IP address are set to zeros in memory shortly after being sent to the Analytics Collection Network. The full IP address is never written retained, or written to disk.

A cookie is a small file which asks permission to be placed on your computer’s hard drive.

What can you do to control how Cookies are used?

You can use your web browser to: